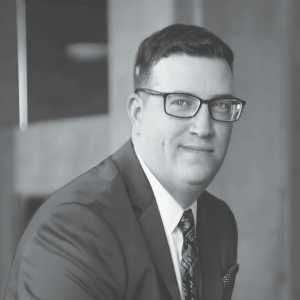 Let’s be upfront and honest, shall we? The real estate industry has been a comparative laggard in the realm of technology integration into its business model. It wasn’t that long ago when agents were still faxing contracts around. I know agents that still use flip phones. The real estate industry is, in many ways, what it has been for decades. However, that is changing, and it’s doing so at an accelerated rate. Investment in proptech has increased 100 fold since 2012, and it seems to be holding steady.

To understand where we are today, we need to take a step back. Let’s back up to the early and mid-2000s, before the market crash and the following real estate depression. Companies like Zillow and Trulia had come onto the scene and begun aggregating data to the buying public like never before. They weren’t getting data from the Multiple listing service, like your local brokerage. They were pulling tax records, census data, and municipal data to deliver a more complete picture of, not only the homes on the current market but all the homes in a given market. For the first time in the industry someone was using essentially big data to pull the curtain back on real estate information.

Even traditional companies like Cisco and IBM had started creating technology solutions expressly for the booming real estate industry. Those solutions were marketed to the commercial sector as predecessors to the current “smart building” products. Although I’ll admit that I found the “smart” toilet paper dispenser that sent notifications for refills seemed a little excessive.

As we all know, the bottom fell out of the sub-prime market and so went the rest of the real estate market, and the global economy. During this period, the real estate industry scaled down in many ways. Agents and brokerages shut down, and there wasn’t much in the way of investing occurring, at least not in the realm of proptech.

Let’s move forward to 2012. The global economy and the real estate industry had several years to recover and was moving in the right direction again. People had time to start rethinking the industry and how it did and should work. Those start-ups needed capitaland investors saw opportunity in an industry on the cusp of recovery with a business model that was ripe for change. That year VC funded was comparatively light at around $45 million.2012 would mark a shift in VC attention and investment in Proptech.

By this time, we saw the founding of three of the most successful of the modern round of proptech companies: Wework, Compass, and Opendoor. To give you an idea of scale, these three companies have raised almost $16 billion in funding over numerous rounds, and their cumulative valuation is around the $26.5 billion mark.

A lot of you may be familiar with Wework. It’s the most funded and oldest of the three, being founded in 2010. Wework focuses on shared workspace and office resources for its customers. Instead of companies have their own dedicated office space within a given building they rent a given number of desks and share the space with other workers. It’s not a completely new idea. Office building owners have often created what were

called executive suites, which were essentially the same idea. Wework has taken that general concept and scaled it beyond a few isolated offices in a single office building to a network of office spaces across the world. They’ve challenged the idea of companies requiring a dedicated office space to function. It’s really a fundamental idea of the start-up culture that’s driving many of these new Proptech companies.

Compass is a “tech-forward” brokerage. They’ve poured cash into their own custom tech stack, but they’ve used a considerable amount of their funding to acquire other brokerages. They’ve proclaimed a very ambitious 20/20/20 goal to own 20% of the top 20% real estate markets in the US by 2020. They’re well on their way to their goal, but they’ve been plagued recent criticism for their lack of profit strategies and litigation stemming from their business practices. However, that hasn’t seemed to dull the shine for investors as the company just raised another $370 million in funding.

Opendoor is the youngest of the current Proptech unicorns valued at a paultry $2 billion. Opendoor represents the largest player in what’s become known as the iBuyer craze. The iBuyer concept, to reduce it to it’s most basic concept, is essentially house flipping. A homeowner contacts Opendoor to receive a cash offer on their home. Once Opendoorhas purchased the property they make some repairs or renovations and then put the home back on the open market. Their hope is the traditional home sale process is so convoluted and daunting that homeowners will be willing to accept a reduced price for their home in order to avoid the hassle of a sale. There is definitely a segment of the population this will appeal to, but this model hasn’t been tested in a down market when margins are tighter.

I would be remiss if I were to lead you to believe that all of the money flooding into Proptech was devoted to these “disruptor” start-ups. The new kids are sexy, but there is plenty of VC cash being thrown at companies who’s goal is to serve traditional real estate sale and management companies. Y-combinator, Thrive Capital, MetaProp NYC, and Softbank have all sunk countless millions into Proptech over the last seven years. Moderne Ventures, a VC fund devoted to Proptech, has an entire portfolio of companies whose function is providing services to real estate companies. Their roster is varied combining companies that streamline the commission process, reduce the friction of getting security deposits from renters, and AI platforms to help agents close more transactions.

JP Morgan analysts were recently quoted likening the real estate industry to the wild west. Considering the shift in the industry, and the perceived opportunity it provides, investors have come to the party guns blazing. Proptech as a sector continues to expand and mature and doesn’t show many signs of slowing down.

Asteroom: The Future of Property Viewing

FacilGo®: Creating Value for Property Operators and their Suppliers

Hybrid Work Has Forever Changed The Need For It In Ramboll

How T-Mobile brought an Un-carrier approach to tech hiring

Great Expectations: Balancing the diverse needs of a city in a...

"Discovery and Delivery" - An Approach to IT Workload Balance